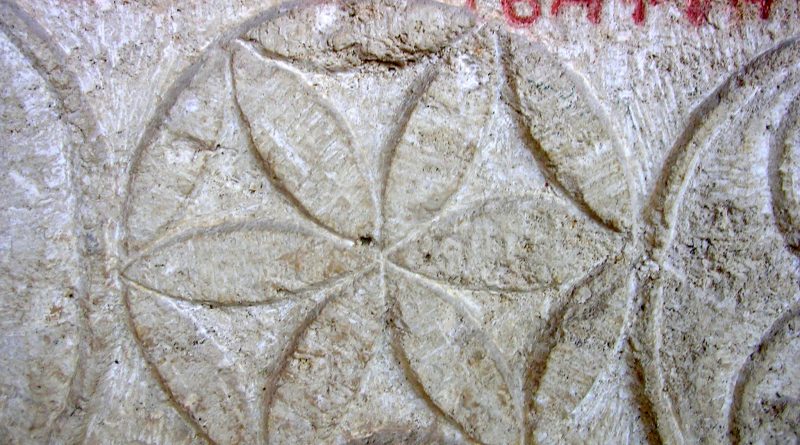 The flower of life is an ancient symbol that was considered sacred by many cultures worldwide from Europe to Egypt and from the Middle East to China.
The basic form resembles a flower with six petals placed in a circle, hence its name: flower of life.
Whether due to its geometry that is found in many forms in nature, or due to the universal solar or cosmological meaning that the symbol represents, the flower of life has been known in a variety of contexts. 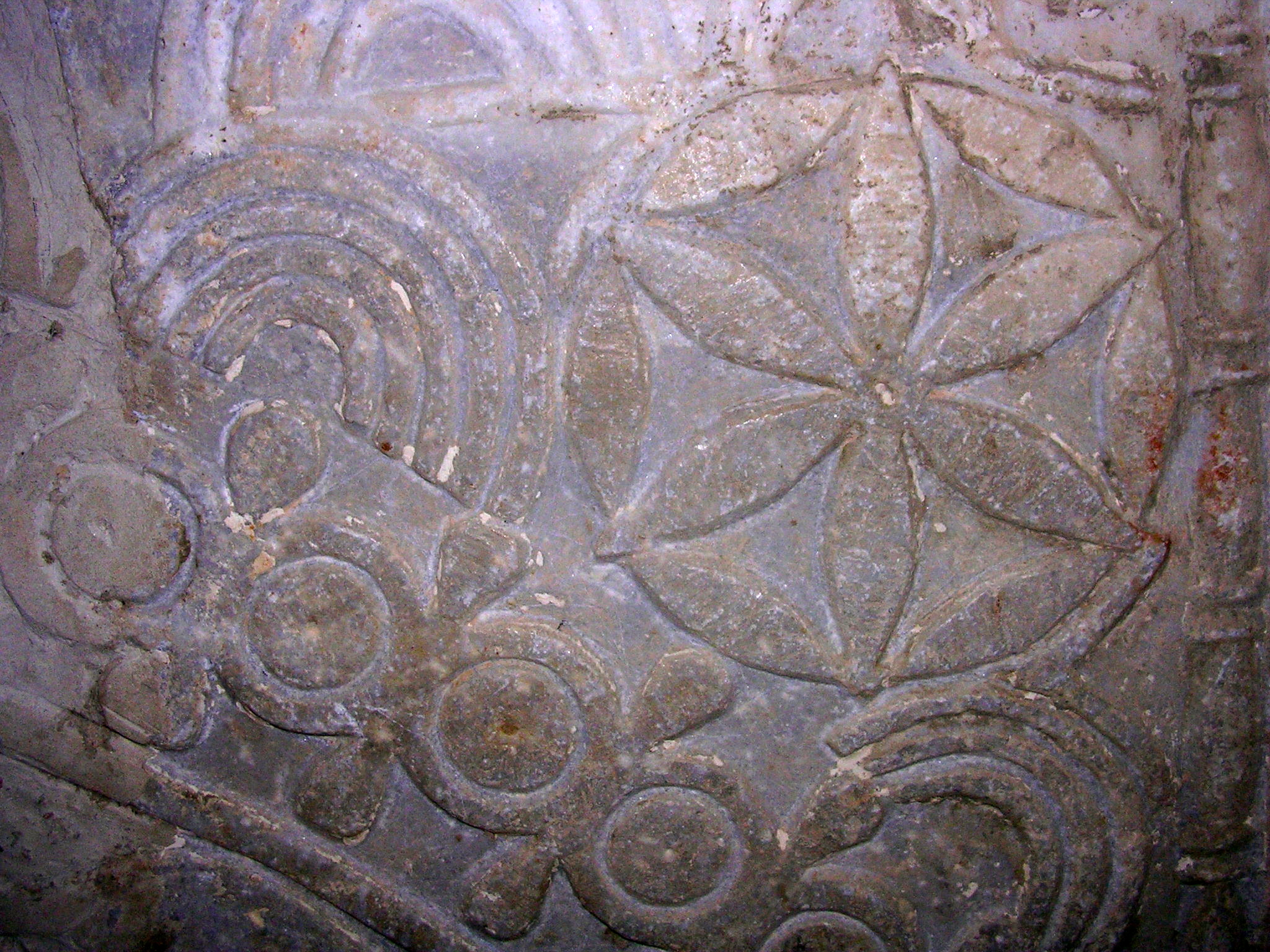 Its perfect form, proportion and harmony have been known to philosophers and architects of the past and the symbol has been used for magic, religious, and thaumaturgic purposes by many ancient peoples who lived in locations and eras that are very distant from each other.

To this religious symbol the Etruscans probably assigned the values of victory and rebirth after death.

The oldest and most famous Etruscan finding in which we find the flower of life is a funerary stele (stone slab decorated with figures or inscriptions), found in Vetulonia,  which dates back from the second half of the seventh century BC.
In the stele of Vetulonia we see a portrait of a warrior-prince, armed like a hoplite (Greek infantryman), wearing a plumed helmet in Corinthian style equipped with a cheekpiece and wide-tailed crest.
The warrior wields an ax in his right hand, while in his left hand he holds a huge round shield, upon which the symbol with six petals is engraved.
Along the frame of the stone slab is one of the oldest Etruscan inscriptions that we know of.  The name of the warrior Aule Feluske is engraved along with another name: Hirumina Phersnachs (which has been translated as “Hirumina from Perugia”) who erected the stele in memory of his ally. It has been hypothesized that during that period of time the Etruscan cities of Vetulonia and Perugia had formed a political and military alliance.

The same symbol of the flower with six petals appears on another Etruscan “stele” dating back to the VII – VI century BC.  It’s called “stele di Montegualandro”, it was uncovered in the territory of Lake Trasimeno and today it’s in the archaeological museum of Perugia. What is striking about this “stele” is the presence of a flower of life, identical to that of the “stele of Vetulonia”, on one of the two circular shields held in hand by the warriors. It is important to understand the religious symbolic significance of these shields, since as fundamental defensive weapons they were considered to be victory symbols and sacred talismans.
Other flowers of life, with an apparent symbolic meaning of victory and rebirth after death, are often found at funerary sites, such as those engraved on many Etruscan and Roman urns.
The symbol was also well-known by the ancient Celts, who used it for magical and thaumaturgic purposes.
The universal symbolism of the flower of life continued to be transmitted and used throughout the Middle Ages, by master builders, wise architects and stone-cutters, as well as by monks and knights, especially by Templars.
The flower of life is in fact present in many churches belonged to the famous order of knights Templar, such as the medieval church of San Bevignate in Perugia, where the symbol was carved on the main portal.
It was also well-known to the ancient Greek mathematicians who used the the flower of life as a base form to build the platonic solids (regular, convex polyhedra).
As a perfect synthesis of sacred geometry, the symbol itself embodies the golden ratio allowing movement from the two-dimensional plane to the three-dimensional plane. 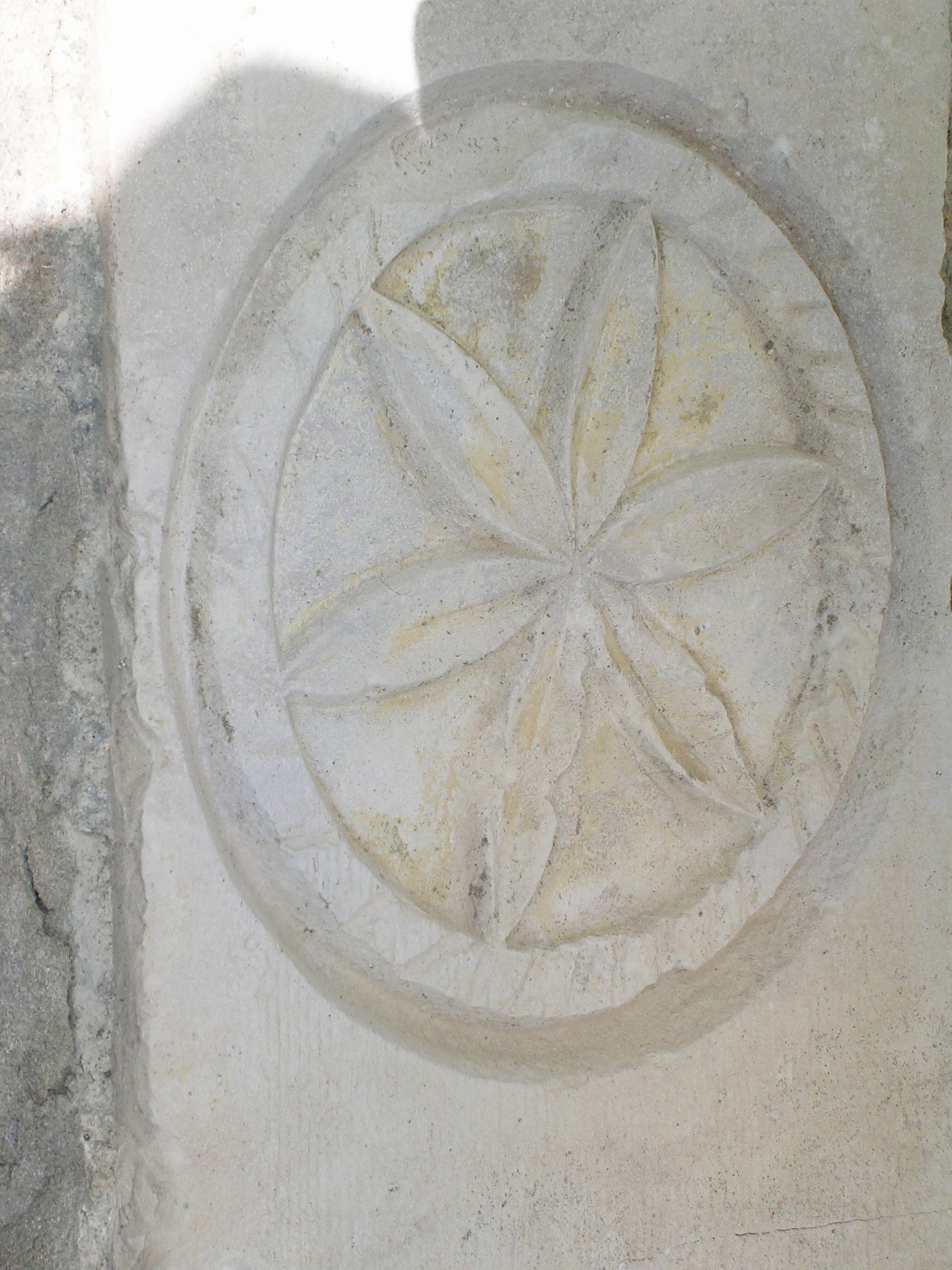 Its geometrical form, composed of multiple overlapping circles which transform the symbol into a more complex structure with hexagonal symmetry, has been found in Egypt etched several times on the granite pillars of the megalithic Osireion of Abydos, which is speculated to date back to antediluvian times and may possibly have been the legendary tomb of the god Osiris.
Even in China, inside the Forbidden City which was the Emperor’s residence, we find a flower of life carved between the paws of what resembles a solar lion: it is the so-called Cane Du, the guardian of knowledge.
Also noteworthy is the fact that in ancient China the ancient oracular text, known as the I Ching or  The Book of Changes, consists of 64 hexagrams composed of six stacked horizontal lines, where each line is either solid (Yang) or broken (Yin).
Six is the number of Creation in the Judeo-Christian culture too.  Called “Sixth Day of Genesis” this symbol derives from the rotation of the six spheres, each one corresponding to a day of creation. It represents the inner structure of creation, which defines the harmony and geometric perfection present in nature and within the cosmos. 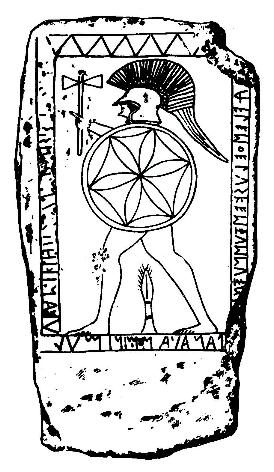 Microcosm and macrocosm are both represented by this symbol through a complex and perfect system of geometries, proportions, and mathematical relationships that can explain the genesis and evolution of every form of life in the universe.
The language of “sacred geometry”, which belongs to the symbolism of the “flower of life”, would have allowed – to anyone who would have had the tools to understand it – the knowledge of the laws governing all of life and the movement of the entire cosmos.

The holy days of Saturn